During the last week of January and into February, Luke and I went on our second build trip. We also took our friend Travis, a really skilled carpenter, with us.

This was what we hoped to get done:

They were lofty goals, but definitely attainable if things went okay.
Well …

Except for the view, the trip was not off to great start. Travis’ wife had been really sick the night before we left, but we all assumed that it was just a bug that would pass quickly.  To say the least, things escalated quickly, and our trip looked a lot different than we hoped for. 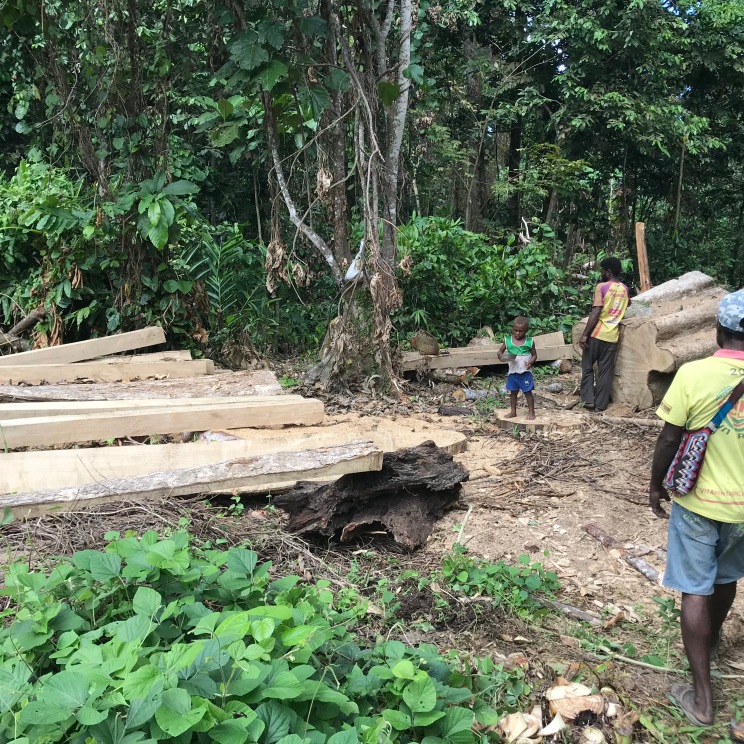 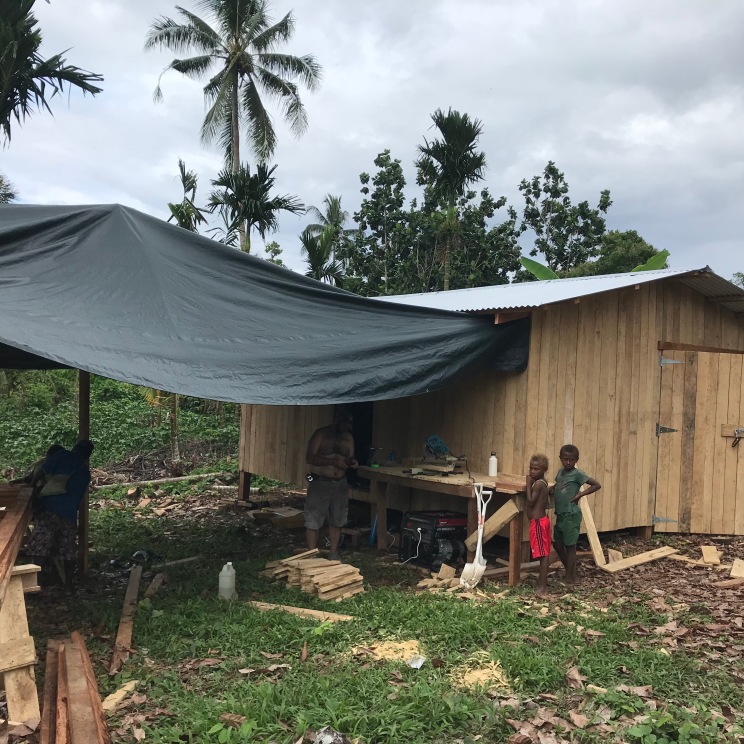 Top: our posts still sitting where they had been cut
Bottom: setting up our work area

First off, we arrived in Konomala to find that our timber was not ready. Our posts were still sitting out in the jungle. So we adjusted our plan. We found a truck and some guys to start bringing our timber, but on the first run, the truck broke down. So, the driver had to go to town the next day to look for the part … more on that story later.

Top: Travis building our first trusses
Bottom: Luke teaching a Konomala guy how to use a chop saw

We worked one more day in Konomala when we got a message saying that Travis needed to leave immediately. His wife had gotten much worse and had been flown to the mission clinic. She was not improving, and the doctors were not sure what was causing her symptoms.
So, we cleaned up, locked our tools in the shed, and left a few hours later. We drove 5 hours to town and slept the night. The next morning we dropped Travis off at a boat that would take him to another town where he could get a plane the following day. Thankfully, his wife is doing much better now, but it was a very difficult fight with an unknown virus.

Luke and I decided to completely change our plans for the build. It was no longer going to be a “building” trip. It was going to be a “get ready for the next build” trip.

After we dropped Travis off, we drove the 5 hours back to Konomala. We had hopes of working a half day when we got back … but there was no way that was going to happen. We both got sick and were completely wiped out for the next day and a half.

We stayed in Konomala for four more days after that and did as much as we could to prepare for build trip #3.

Here’s what we ended up being able to do: 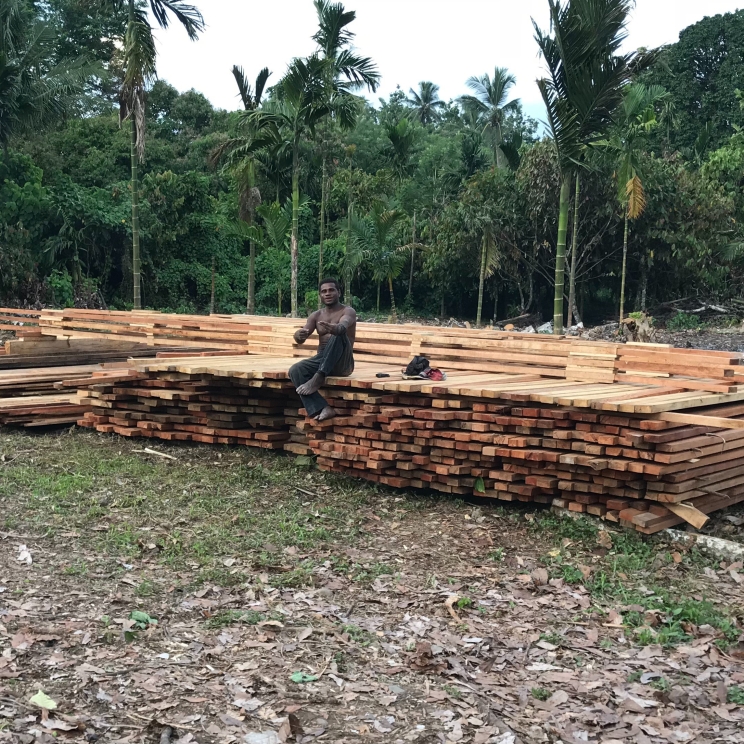 In PNG … let’s just say that’s not how things usually work. When something minor (but critical) needs to be done, there is probably only one person that you’re depending on and they are almost never in a hurry. Even if you had all the money in the world, there is almost never an option to get it done quickly.

Remember how the truck broke down on the first run of our timber?
Well, we had gotten to be friends with Bob, the driver. He was excited to do the runs for us, and he was “confident” that he could get the right part in town the next day.
Luke and I were less confident …

We started trying to find other ways of getting the timber. There was only one option and it wasn’t going to work. Then at that point, we had to take Travis out. When we were dropping him off at the boat to catch his plane, we saw Bob.

Bob said that the right part was nowhere to be found, so he was going on the same boat as Travis to see if he could find it in another town. His plan was to go on the 6 a.m. boat, find the part, and come back on an afternoon run.
The odds of that actually happening were … how do I say this … ZERO.

So, Luke and I went back to Konomala having no idea if, how, or when we would be able to get the timber.
No surprise I guess, God worked a few miracles. Bob found the only person in the entire town who had the right part, then he found a random boat that was making a run late in the afternoon that same day. Normally the boats stop running around noon because the ocean is extremely rough later in the day.
Then, Bob found a random timber company car that was going back to Konomala on a Sunday (there are almost never cars available on Sundays).

Luke and I were sitting by the fire late one evening with some guys and lo and behold, up walks Bob! We could not believe our eyes. He told us the whole story, and asked if we could drive him to his truck that was still stuck on the side of the road.

In a matter of about an hour, Bob had fixed the truck, and said that he’d do more runs the next morning.

He wasn’t kidding. Around 6 a.m. on Monday morning he started running our timber. At 2:45 a.m. Tuesday morning he did his last run.
It was amazing.

One thought on “January – Build Trip #2” 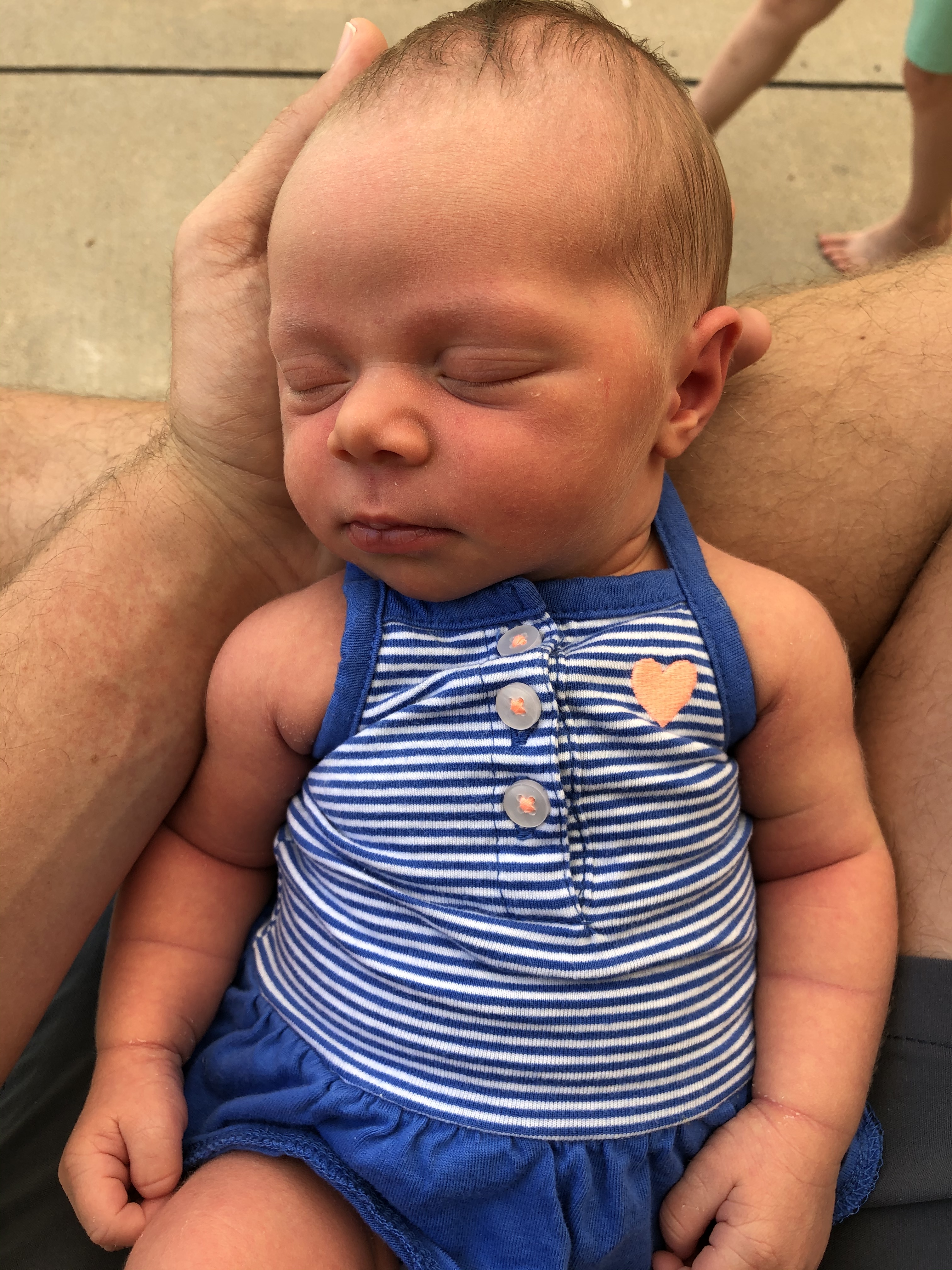