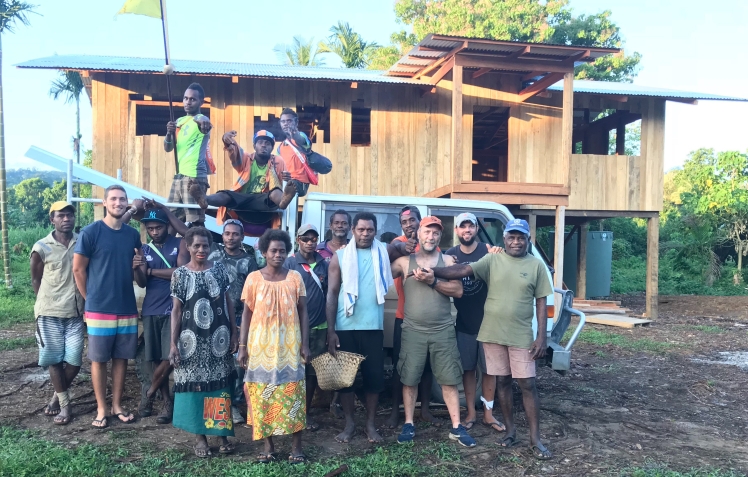 The Siar church sent a group of guys and a couple ladies to help. A few of them had carpentry skills, and they all knew how to just plain work. We could never have done it without those guys.
We also had a couple other guys come … Dave came from our home church in Pennsylvania, and Travis came from our support center here in PNG. Couldn’t have done it without those two guys either. They’re both great carpenters and they worked really well with all the Siar guys. (Travis is taking the picture) 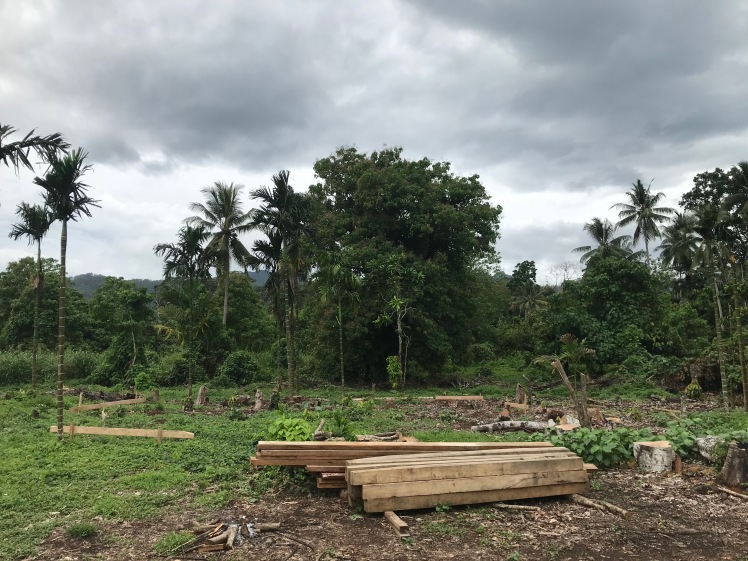 Piles of timber and holes in the ground were all that waited for us. Our lofty goals were to get the frames and roofs on both houses. 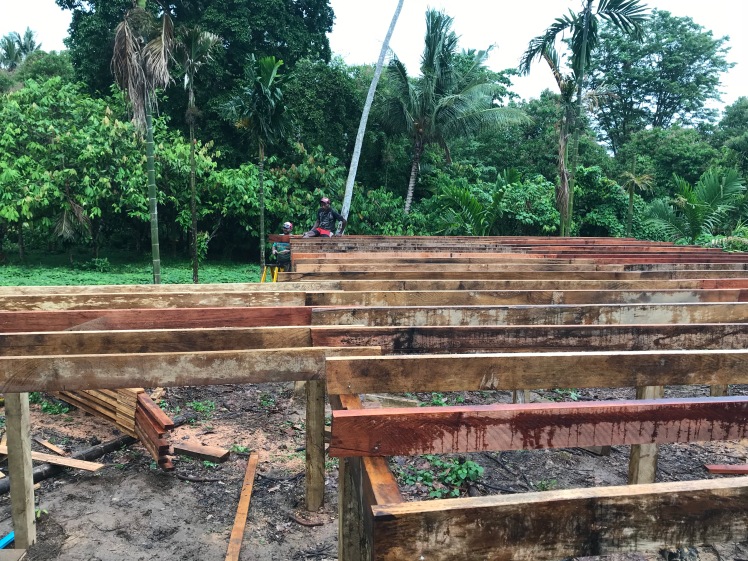 We had posts set within a few hours of showing up. Then the bearers and floor joists quickly followed. 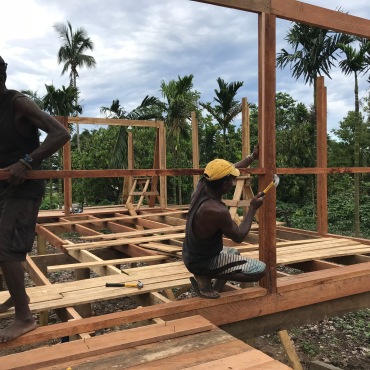 The few Siar guys who had a good amount of carpentry experience were able to take on a lot of the projects without tons of oversight from us. That was a huge huge help. 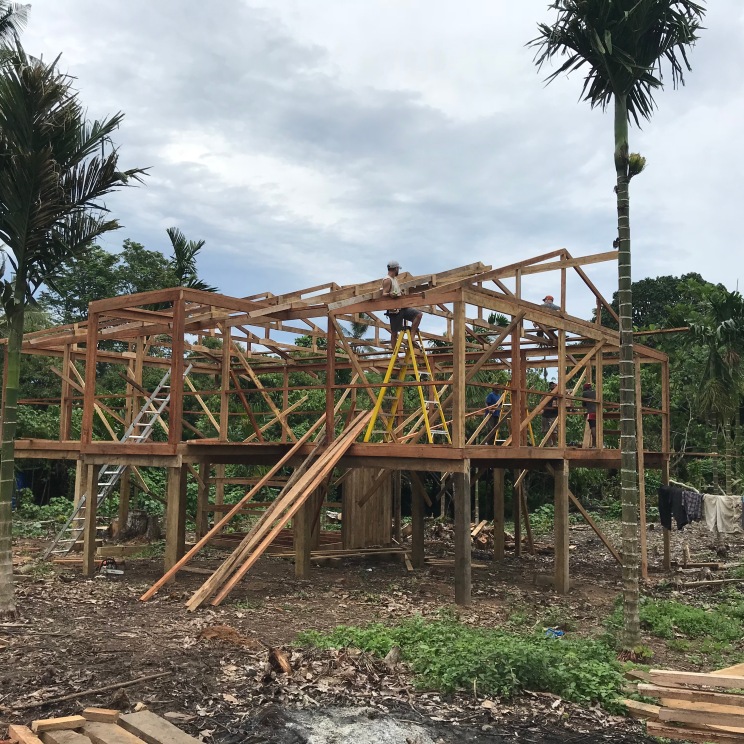 All the Siar and Konomala guys were pretty enthralled with the trusses. They had only ever seen one style of building, and the idea of not having posts in the middle of the house was shocking to most of them. 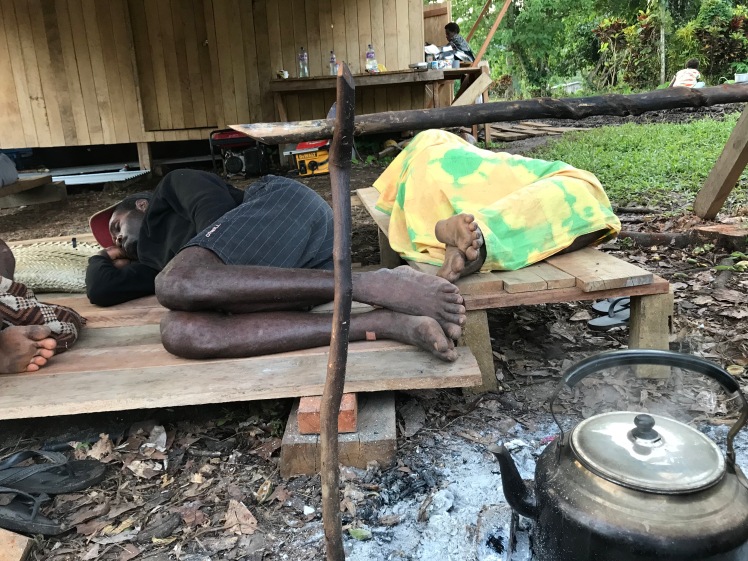 The living conditions were certainly not the most comfortable for us westerners … oh the stories … but getting to do it alongside our friends from Siar made for a lot of funny moments. 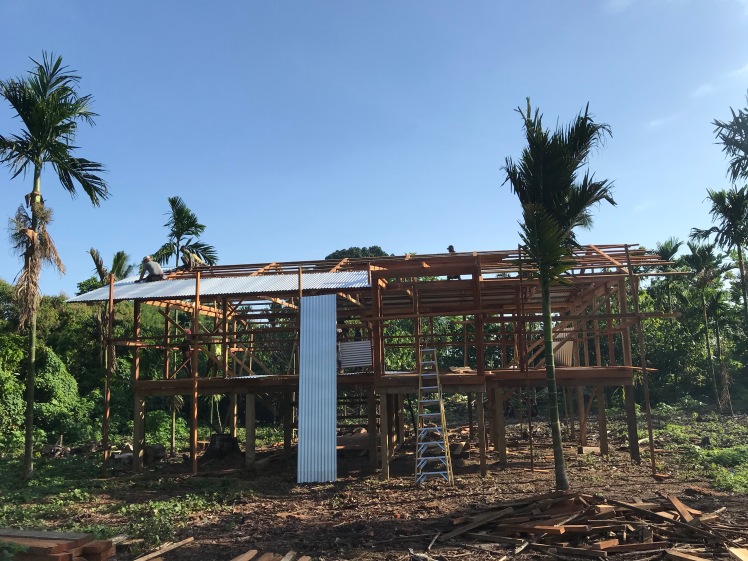 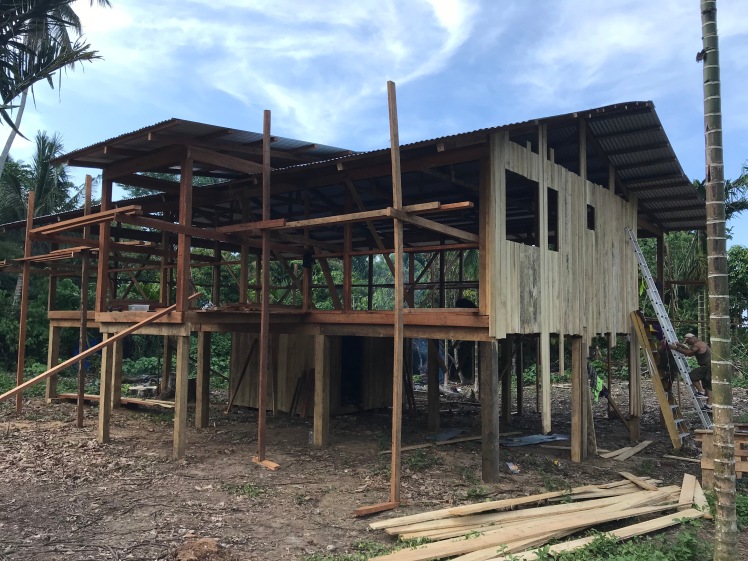 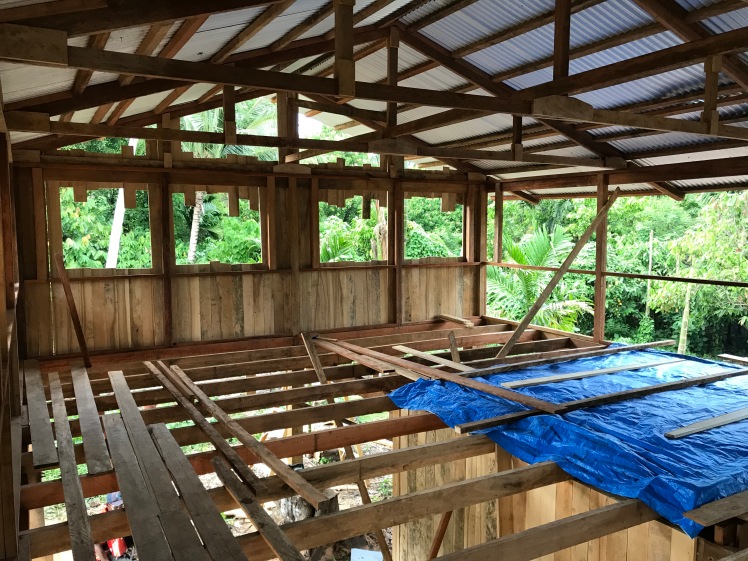 The people in the community were blown away by how fast the houses were going up. At the beginning of the week, there were just holes in the ground, and at the end of the week, two houses were well on the way to being totally enclosed. 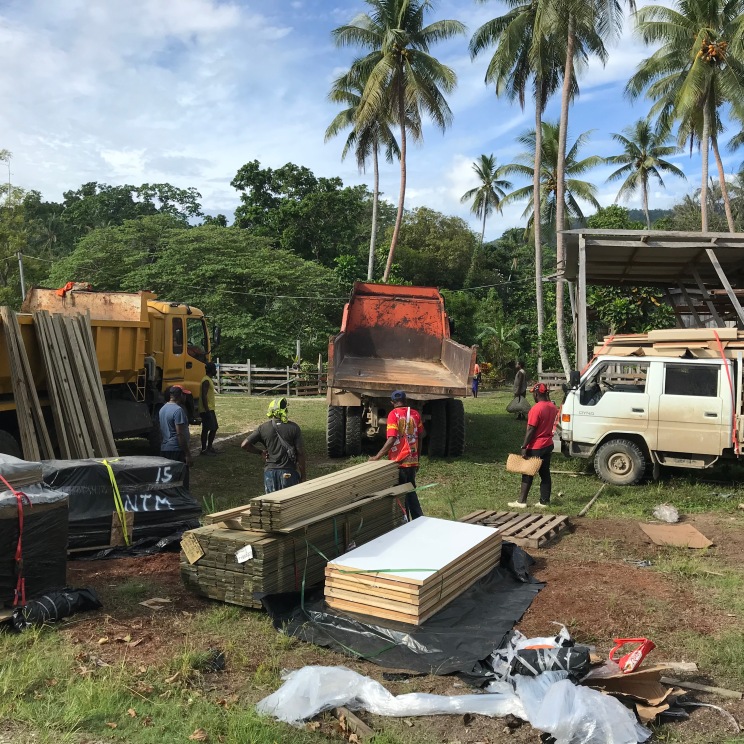 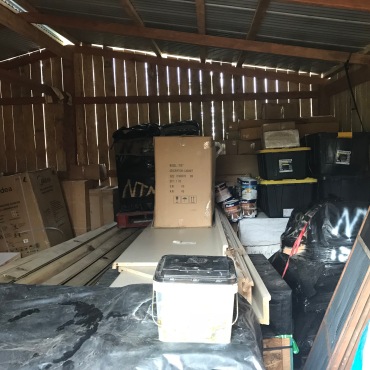 All of our flooring, doors, household goods, solar electric systems, furniture, kitchens, water tanks, etc. had been put on a barge weeks before and miraculously arrived in Konomala the day before we left. I think we lost a couple years off our life during that process of prepping everything.
Some of the stuff had been shipped from America and the rest of it had been shipped from another PNG town … and the only thing that arrived damaged was a broken mirror.
Amazing.

The day that the barge arrived, a lot of things went wrong. Without a doubt, God gave us exactly the grace that we needed to make it through the chaos. We ended up making some connections with some important company people who were able to get dump trucks to help us transport the stuff. That ended up being a big deal because the barge landed about an hour away from where the houses are, and there’s no way we could have transported it with only our truck.
A couple more years definitely disappeared that day.

By the end of our build trip, both houses had roofs, siding, and some flooring done…and the barge had arrived.
We were so thankful, and hoping that one more two week trip would finish the houses to the point where we could move in. 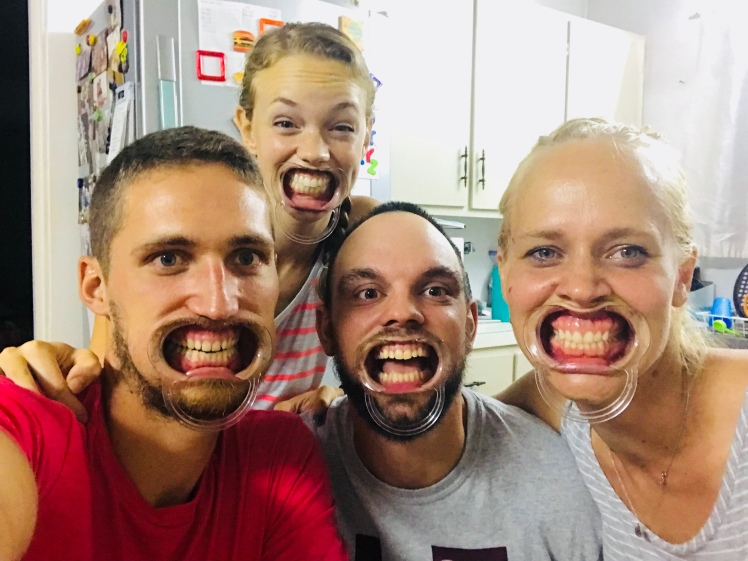 After 3 weeks away from home, we were happy to be back together again